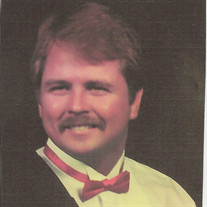 Floyd Mixon, age 50 of Abbeville, passed away Wednesday, October 21, 2015 in the Phoebe Putney Memorial Hospital. Funeral services will be held at 3:00 PM Saturday, October 24th in Lebanon Baptist Church. Visitation will be one hour before the service from 2-3 PM in the church. Reverend Chuck Taylor and Reverend Tim Moorhouse will officiate. Interment will be in the family plot in the Cedar Creek Cemetery. Mr. Mixon was born on June 9, 1965 in McRae, Ga. He was a construction worker with Roberts Construction. He was a member of the Lebanon Baptist Church and former underwater welder in LA. He attended and graduated from Wilcox County High School in 1983 while working at Shaw Industries in Fitzgerald. He attended night school at Ben Hill Irwin Tech and completed a course in welding. He became interested in deep sea diving after learning scuba diving. He attended the Commercial Diving School in Houston, Texas. He was accepted and completed and graduated with a Commercial Deep Sea Diving and Welding Degree. After graduating, he accepted a job at Cal Dive, Inc. in Morgan City, LA. working offshore on oil rigs. He worked or over a year and wanted to move back to Georgia. He moved back to Georgia and accepted a job at Robins AFB, Ga. as a Non Destrative Tester. He moved to Ocilla and started working at MDI in Fitzgerald. In 2009 Floyd became disable to work. Recently he helped good friends, Douglas and Diane Roberts who has lost their only son. He enjoyed helping Douglas and Diane as much as possible until he became very ill in the early hours Friday morning, October 9th. He was a kind and loving son and enjoyed spending time with his family. He will surely be missed. Survivors include: his parents-Wanda and Carrell Mixon of Abbeville, sons-Johnathon Mixon of Abbeville and Brent Smith of Tifton, daughters-Kayla Mixon of Fitzgerald and Addison Mixon of Ocilla and 3-grandchildren-Layton Ball, Jake Costa and Cooper Rowe. Pallbearers will be: active-Bill Stapleton, H. L. Johnson, Douglas Roberts, Bryan Luke, Horace Braden, Johnathon Mixon, Josh Poss and Jake Furney.. His graduating Class of 1983 and Diane Roberts and Sheryl Johnson will sit as honoraries. Rhonda Henderson will play prelude and postlude. Tim Moorhouse will sing “Go Rest High” and a CD “Simple Man” will be played. Frazier and Son Funeral Home in Rochelle is in charge of arrangements. Please sign our online registry at www.fraziersonfuneralhome.com

Floyd Mixon, age 50 of Abbeville, passed away Wednesday, October 21, 2015 in the Phoebe Putney Memorial Hospital. Funeral services will be held at 3:00 PM Saturday, October 24th in Lebanon Baptist Church. Visitation will be one hour before... View Obituary & Service Information

The family of Floyd Mixon created this Life Tributes page to make it easy to share your memories.

Send flowers to the Mixon family.