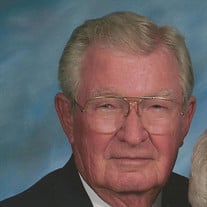 Carlton Fisher, age 80, went to be with the Lord on August 20, 2015. He was born June 1, 1935 in Wilcox County, Georgia to A.C. Fisher and Lounelle Crooks Fisher. Funeral services will be held at 2:00 PM Saturday, August 22, 2015 in the First Baptist Church of Rochelle. Visitation will be one hour before the service from 1-2 PM in the church. Chaplain (Brigadier General) Fisher, Jr. and Pastor Phil West will officiate. Interment will be in the family plot in the Cedar Creek Cemetery with Military Rites. He is survived by his high school sweetheart and wife, Roslyn (Rose) Veal; his son, Chaplain (Brigadier General) Carlton Fisher Jr. (married to Lisa Peace), and his daughter, Ms. Sonya Rose Fisher Dant (a teacher). He is survived by six grandchildren: Travis Fisher, Lauryn Dant, Hannah Fisher, Chloé Fisher, and twin sisters, Meggie Dant and Holly Dant Andrews (Married to Ashley Andrews). He recently celebrated the birth of his first great grandchild, Harper Rose Andrews. He is survived by his sisters, Faye Tedders and Florine Sheffield and their families. His youngest sibling, Marcus C. Fisher died in 1995. Carlton leaves a total of 7 nieces and nephews and ever growing families. Carlton attended the public schools of Wilcox County, graduating from Rochelle High School in 1953. He enlisted in the U.S. Army on September 23, 1953, attaining the rank of Sergeant and serving in Korea, Alaska, Camp Atterbury, Indiana, Fort Carson, Colorado, and Fort Detrick, Maryland. He left the Army on July 23, 1959 and worked at Warner Robins Air Force Base until he became a Trooper with the Georgia State Patrol on March 1, 1960. Carlton rose through the ranks, holding every position from Trooper to Captain, serving in Helena, Manchester, Douglas, and at Headquarters in Atlanta, where he last served the Georgia State Patrol as Captain in charge of the Planning Division. On November 18, 1971, he left the State Patrol when Governor Jimmy Carter appointed him to become the Director of the Governors’ Office of Highway Safety, where he served under three governors and as the longest serving Highway Safety Director and became a nationally recognized leader in the field of highway safety. He was elected by his peers as President of the National Association of Governors’ Highway Safety Representatives in October, 1973 and is the only person to have served as president of that Association for three consecutive years. Under President Carter, he served on the National Highway Traffic Safety Committee. He testified twice before the Transportation Committees of the United States’ House and Senate, as well as State Legislative Committees in other states, and was one of the first national advocates for seat belt legislation. After leaving state government on September 1, 1983, Carlton worked in the private sector as a traffic safety consultant and a real estate agent until 1988. In 1989, Carlton and Rose moved back to Wilcox County to her mother’s home place, renovated the old farm house, and maintained the farm land, turning much of the land into a productive pine forest for pine straw and timber. Carlton served as Executive Director of the Wilcox County Chamber of Commerce and Wilcox County Economic Development Council from 1992-1998. He was a member of the Wilcox County Veterans Memorial Committee, American Legion, and the founder of the Wilcox County Association of Concerned Citizens for Better Government. In earlier life, he served in the Exchange Club, Lions Club, and the Masonic Order. Carlton practiced and lived his Christian faith as a Baptist, serving as a Lay speaker, RA director, Brotherhood director, Deacon, Choir member and church council member, and he taught Sunday school for more than 30 years. He also had a personal nursing home and assisted living ministry for some 25 years. At his death, he was a member of First Baptist, Rochelle, Georgia. He now sings with the angels. We miss you Papa. Please sign our registry at www.fraziersonfuneralhome.com Frazier and Son Funeral Home in Rochelle is in charge of arrangements.

The family of Carlton Fisher created this Life Tributes page to make it easy to share your memories.

Send flowers to the Fisher family.