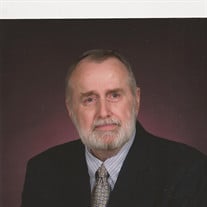 Alec Glenn Dorsey, 70, of Abbeville, Georgia passed away on September 23, 2014 at Houston Medical Center, following an extended battle with prostate cancer. A lifetime resident of Abbeville, Glenn retired as the Chief Magistrate of Wilcox County on June 30, 2014 after 35 years of service to the citizens of Wilcox County. In addition to his judicial duties, Glenn was mayor of Abbeville for eight years, President of Dorsey Chevrolet, President of Dorsey State Bank, and President of Dorsey Oil Company. In addition to participating in many local civic organizations, including the Abbeville Lions Club where he was President for eight years and had a perfect 40-year attendance record, Glenn was also the Secretary of the 500+ member Georgia Magistrates Association from its formation until his retirement in 2014. A graduate of Abbeville High School, Glenn graduated from Emory at Oxford in 1963 and Georgia Southern University in 1966. He proudly served his country in the United States Navy from 1966 until 1968 prior to returning to Abbeville, where he married and resided for the rest of his life. Glenn loved Abbeville and Wilcox County and viewed it as an honor and privilege to serve his fellow residents. He supported and promoted his city and county, and there was no community activity where, when needed, he was not a willing volunteer. He gave his time, talent, and financial support with only one goal -- the betterment of Abbeville and Wilcox County. In recognition of his service to the citizens of Wilcox County, the Georgia flag at the county courthouse, where he spent so many hours, is flying at half-mast until after his funeral. Glenn was born in Macon, Georgia on September 29, 1943, the second son of James B. (Jake) Dorsey and Nina Claire Tabor Dorsey, each of whom predeceased him. He is survived by his wife of 39 years, Kay Williamson of Abbeville; brother Jim Dorsey (Maurine) of Sandy Springs, Georgia; nephews Jed Dorsey (Angela) of Smyrna, Georgia, Tabor Dorsey of Dallas, Texas, and Eric Dorsey of Asheville, North Carolina; niece Julie Williamson-Sarris (John) of New York City, New York; and three great nieces and one great nephew. Family was paramount in Glenn’s life. In addition to his wife, brother, and their families, Glenn loved the Dorsey Family Reunion, held annually by the 100+ descendants of his grandparents since the 1950s. For his love of genealogy, he was recognized by his extended family as the family historian. He was also recognized by all who knew him as a source of entertaining stories about his family and Wilcox County history, which he was more than happy to share with anyone who would listen. Visitation will be held from 5:00 p.m. until 8:00 p.m. on Friday, September 26, 2014 in the vestibule of the Wilcox County Courthouse, Abbeville, Georgia. The funeral service will be held at 11:00 a.m. on Saturday, September 27, 2014 at Union Baptist Church (4627 Cemetery Road, Pitts, Georgia), the church founded by his great grandparents and great-great grandparents in 1860, followed by internment in the church cemetery. Flowers are accepted or those who wish may make donations to the charity of their choice. Frazier and Son Funeral Home in Rochelle is in charge of arrangements.

The family of Alec Glenn Dorsey created this Life Tributes page to make it easy to share your memories.

Alec Glenn Dorsey, 70, of Abbeville, Georgia passed away on September...

Send flowers to the Dorsey family.